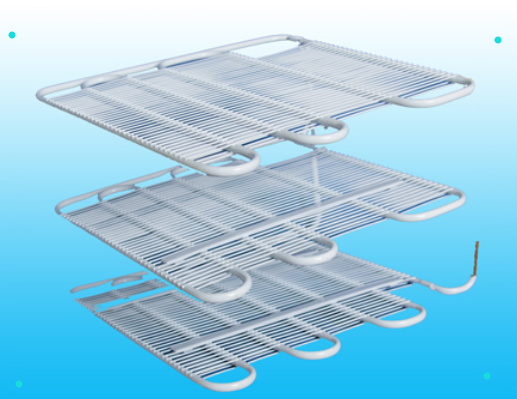 1、Frost and its effect on finned evaporator

Cold surface frost for the condensation of water vapor in the wet air, mainly through the following three stages.

During this period, frost crystals are scattered all over the surface and form vertical frost column groups, which will become the structural skeleton of the frost layer.

After the frost crystals grow to a certain extent, they grow in a three-dimensional manner. As the water vapor in the wet air diffuses to the inside of the frost layer and condensation occurs, the density of the frost layer increases and gradually grows into a more uniform structure.

The frosting of wet air at room temperature on a flat surface is not a simple condensation, but includes the initial condensation, freezing of water droplets, frost crystal generation and growth of four processes, the frost crystal growth process largely through three stages.

The effect of frost on the finned evaporator includes an increase in the thermal resistance of the frost layer, which blocks part of the air circulation area and thus increases the resistance to flow through the evaporator. According to the characteristics of the fan, the increase in resistance will cause a reduction in airflow, resulting in a decrease in the surface heat transfer coefficient and an increase in energy consumption. Frost layer caused by the reduction in air volume is the main factor leading to the deterioration of the system operation, compared to the frost layer thermal conductivity thermal resistance impact is not important. 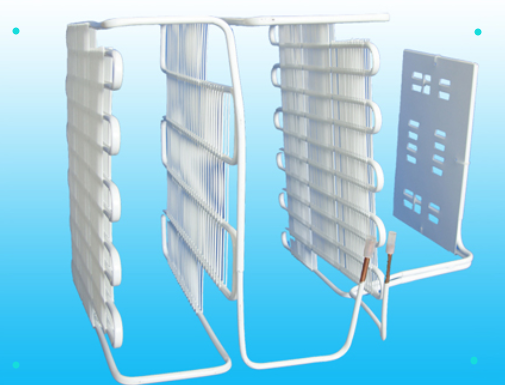 The wet air flowing through the evaporator is dehumidified with desiccant, thus reducing the frost on the evaporator surface. Due to the complexity of the system and the need for additional components, its practical value is not obvious.

Make finned evaporator in a uniform electric field, the electric field effect makes the frost crystal grow more slender, easy to be air blowing fold and blow away, so as to achieve the effect of frost inhibition. This method not only requires additional accessories and there are safety problems.

(3) change the characteristics of the cold surface

Mainly in the surface coated with a different nature of the coating, so as to inhibit the growth of frost. Compared with the first two methods, this method has application advantages, so most of the research in recent years has focused on this. The main surface coatings are hydrophobic and hydrophilic coatings. Hydrophobic coating surface role is similar to the applied electric field, the use of surface hydrophobic inhibit frost growth, so that the frost crystals grow into a slender type and thus easy to fall off; hydrophilic material absorption can make the coating of water in far below 0 ℃ before the phase change, so that the formation of the coating surface has been frozen water molecules film and unfrozen water molecules film contact surface, thereby reducing the adhesion of frost. In addition, the hydrophilic coating material can also reduce the adhesion of frost after absorbing water swelling. 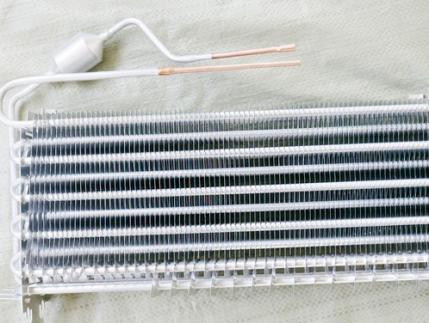 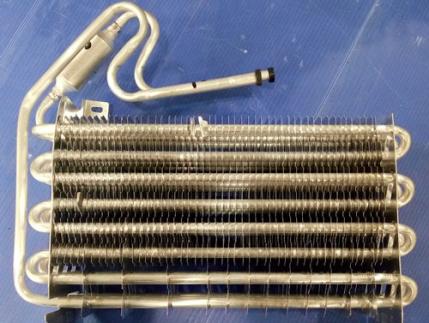 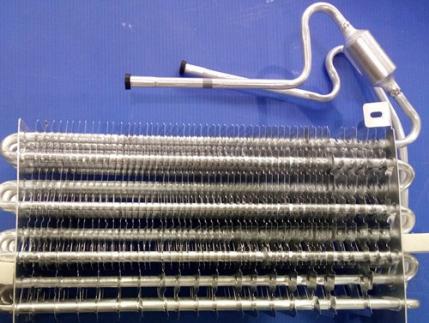